Sometimes, we need to do things in different ways.

I’ve a new ESXI 5 Server, and i want to have a NAS virtual machine on it.

The problem is that ESXI doen’t not support direct access to SATA drives, and use virtual image disks for a NAS is not a good thing (very bad performance).

For bypass this problem, we use Raw Disk Mapping (RDM).

Please use at your own risk, and if you do escalate a Support Request (SR) to VMware Support, do not be surprised if they state this is unsupported.

VMware’s definition of an RDM

‘Introduced with VMware ESX Server 2.5, raw device mapping allows a special file in a VMFS volume to act as a proxy for a raw device. The mapping file contains metadata used to manage and redirect disk accesses to the physical device. The mapping file gives you some of the advantages of a virtual disk in the VMFS file system, while keeping some advantages of direct access to physical device characteristics. In effect, it merges VMFS manageability with raw device access.’

Traditionally and VMware supported, a Raw Disk Mapping (RDM) which may be used to present a LUN directly to a virtual machine from a SAN. The SAN could be Fibre Channel or iSCSI.

Why would we want to create a Raw Disk Mapping (RDM) of a local storage device?

A few valid reasons why you may want to create an RDM of a local storage device.

1. Connect to the VMware Hypervisor ESXi server via SSH 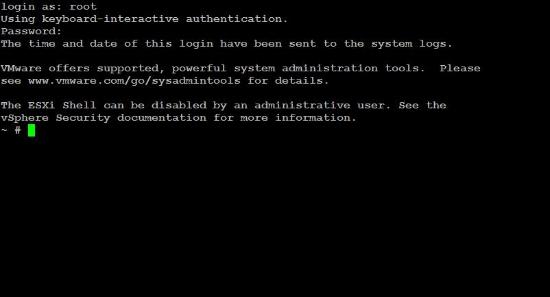 2. Obtain the physical disk path of the storage device

using the above commands, we can cut and paste the physical disk path, which when using SATA devices can be very long and difficult to type.

In the above sessions the physical disk path is

(i’ve obsecured the screenshots above, because it includes a serial number for the Seagate ST3500320AS 7200k rpm SATA disk.). I’ve also replaced the serial number with Xs above.

If using a SCSI storage controller the physical disk path could be
example vmhba4:1:0:0

3. Using the vmkfstools command to create the RDM

Using the command vmkfstools we can create a RDM linked to a local storage device.

the command syntax is

at the console prompt type

I’ve replaced the serial number with Xs above.

After entering the above command, vmkfstools does not respond with any output this is normal. If you check the datastore, you will see that a virtual machine disk named SATA500G.vmdk has been created.

If the console return this error:

You can try to navigate to the path where yhe new vmdk should be create, and give the same command without the path in the second parameter:

4. Adding the RDM to a Virtual Machine 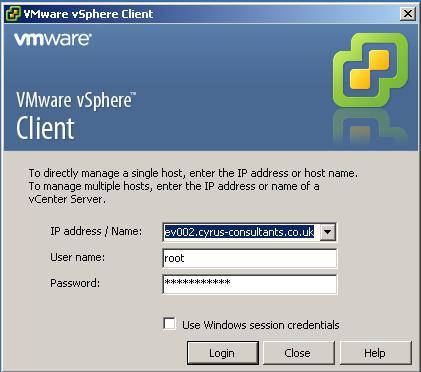 Select an existing virtual machine, you want to add the RDM to, and select Edit Settings. The new hard disk can be added whilst the virtual machine is powered on or off. Hotplug is supported on some Windows OS. 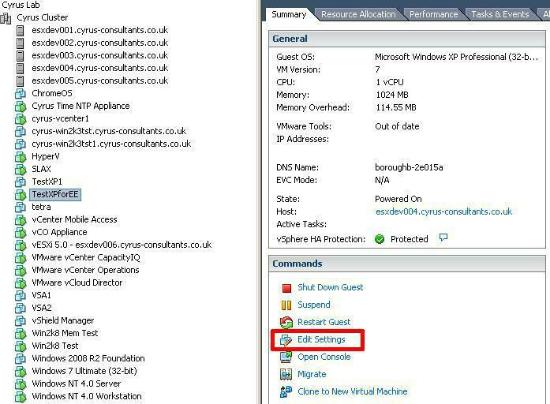 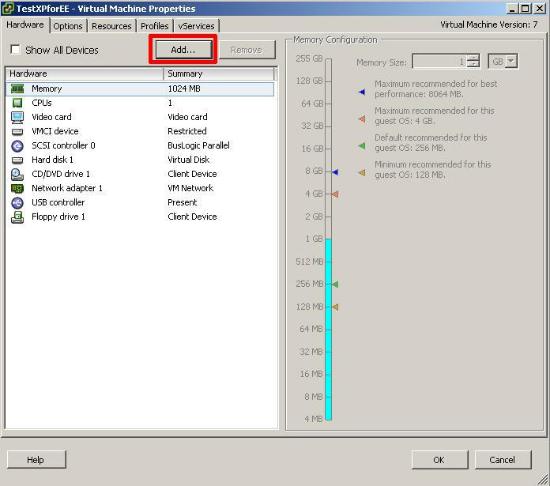 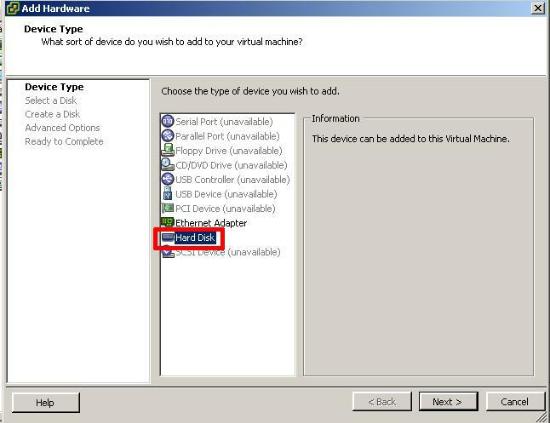 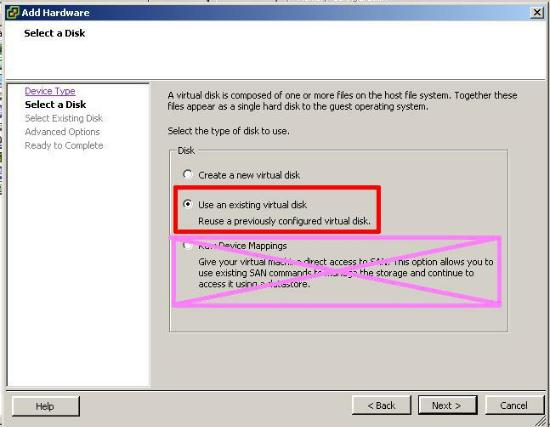 Browse the datastore and select the VMDK file and click OK, followed by Next 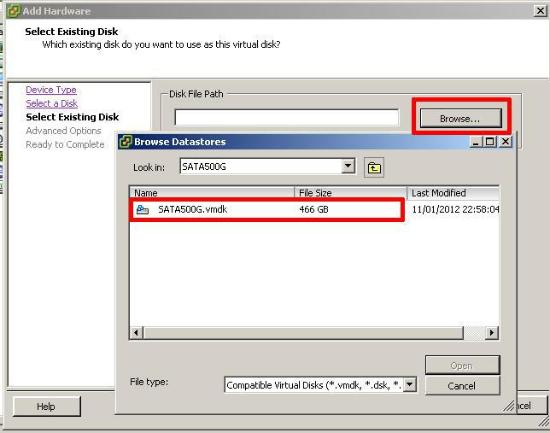 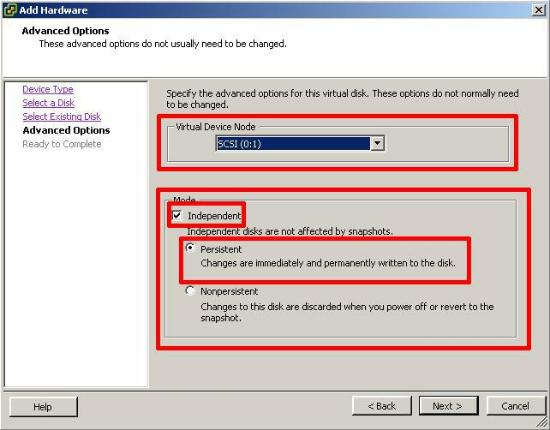 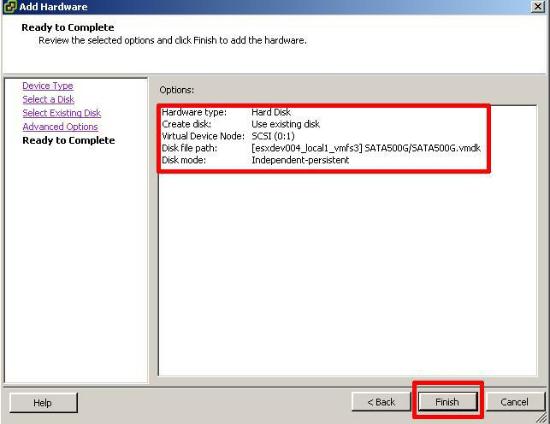 The virtual machine will report a Mapped Raw LUN has been added. 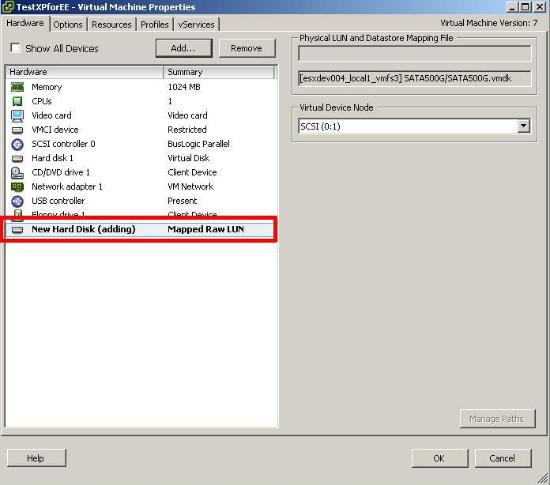 The “magic” has been completed and we have successfully added a Mapped Raw LUN (RDM), which is the local SATA 500GB hard disk. Check that the words Mapped Raw LUN are present.

Click OK and wait several seconds for the device to be added to the virtual machine.

6. Checking the hard disk in the Virtual Machine

It’s the time for mount the drive as filesystem in my Ubuntu VM.
After done the above steps, you can reboot the VM.
Now check if the new drive exists with the command:
fdisk -l

If the disk has some old partition, you can remove them with:

(where /dev/sdb is the added disk)

Now let us say you want to delete /dev/sdb1 (1st partition). Type the d command to delete a partition:

It will prompt you for the partition number. Type 1:

Now save the changes and exit to shell prompt. Type the w command:

We need to format this partition with a filesystem for mount on Ubuntu, so:

use mkfs.ext4 to format the partition with ext4:

Note that mkfs.ext4 expects a partition as its argument, and it have to be the new partition that we have created above.

Ok, so now the last thing is add the new partition in webmin: 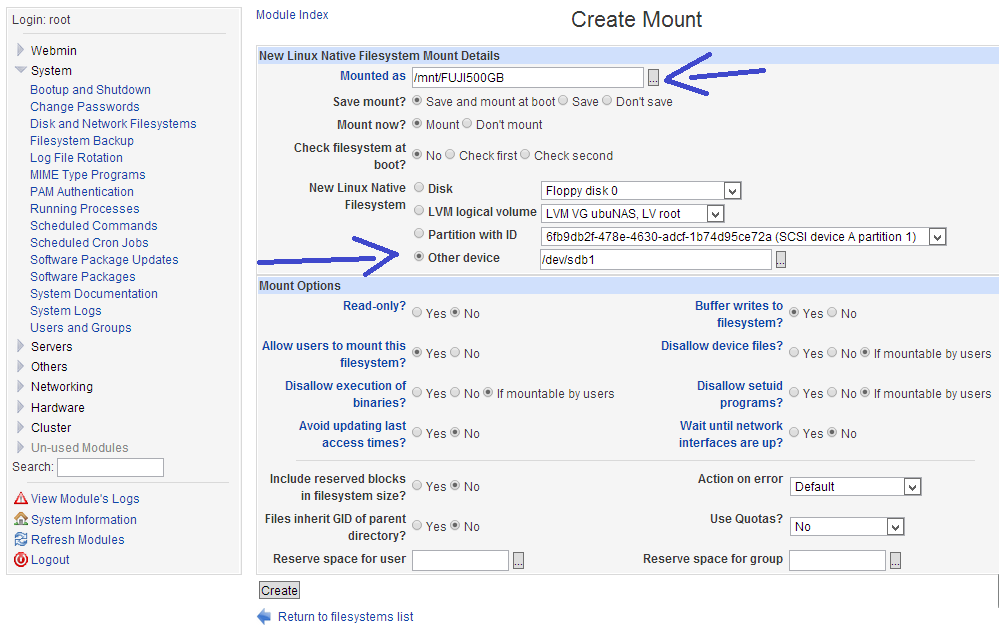 This is a little read/write test  between this VM (with SATA mounted) VS a real ubuntu machine. The Source 4GB file is on a RAID in Gigabit Lan.

Performance is not so bad! 😀

About the Author: Luca